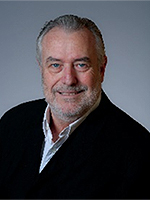 The use of polymers to enhance the performance of asphalt became more common during the second half of the 20th century, and Willem Vonk began his career as an asphalt technician with Shell Research in the Netherlands at the dawn of this period. While working for Shell, Vonk earned his chemical engineering degree in 1972.

During his 50-year career in asphalt with a division in Shell that later became Kraton Polymers, Vonk played an integral role in shaping the global understanding and direction of polymer synthesis and application methodology for asphalt modification. Most of his work contributed to the understanding of the fundamentals of asphalt binder adhesion properties, asphalt emulsion technologies and modification of roofing membranes.

Vonk’s most recent work on proprietary high vinyl block copolymers includes finding its use in asphalt products. Vonk’s efforts have led to numerous asphalt and polymer process and use patents on technologies which are still used today.

Vonk has written numerous journal articles and has presented work at technical conferences in all parts of the world. In 2002, he was honored by his peers in the polymer industry with the Technical Award of the International Institute of Synthetic Rubber Producers (IISRP) for his pioneering work on polymer modified bitumen.

Currently, Vonk is retired and lives in the Netherlands. He continues to share his extensive knowledge on polymer modification of asphalt by presenting at industry conferences throughout the world.