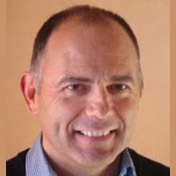 As a native of France, Planche got his start in the modified asphalt industry 25 years ago as a research engineer for asphalt binders in the Refining and Marketing Research Center at Solaize, France-based oil company Elf Asphalt, Inc.

During that time, the company was in the process of developing a polymer-modfied asphalt, known as Styrelf®, that required further technical development for the U.S. market. By 1991, the project had brought Planche to Terre Haute, Indiana, where he worked at Elf’s Central Laboratory on the transfer of Styrelf® technology from France to the USA. After two years in the states, Planche returned to Elf’s Solaize, France Research Center where he spent seven years as team and project leader of asphalt binder research and development before relocating to Paris, France to become marketing-research coordinator for Total Bitumen worldwide.

Having completed the majority of his work in France, Planche has first-hand knowledge of the ways in which asphalt binders are used overseas, and he says the United States and Europe can learn from one another.

“In Europe, asphalt pavement layers have well-defined roles requiring different binder types, and I think the U.S. could learn how to use PMA more efficiently in applications that really need those products,” says Planche. “But with Europe lacking the performance-based specification system that’s in place in the U.S., the U.S. may be in a position to take the lead in modified asphalt use.”

As a Frenchman who’s worked in the U.S. and has interacted with numerous other individuals from a variety of different cultures throughout his career, Planche considers his ability to unite all these cultural groups in the pursuit of better asphalt technology to be one of his greatest accomplishments. He says he has also been most proud of his work to carry out a variety of important modified asphalt research projects, communicate about them and develop them to a commercial/industrial level.

In October 2010, Planche got the opportunity to return to the U.S., after assuming new duties as vice president of transportation technology at the Western Research Institute (WRI) in Laramie, Wyoming. His current work includes team management, the supervision of large research projects and contracts, the commercialization of research products and the development of new research businesses.

“My goal is to help WRI Transportation Technology become a worldwide reference through the development of innovative, breakthrough asphalt products,” said Planche.

Upon hearing that his work had earned him a place in AMAP’s Paving Hall of Fame, Planche says he was shocked.

“I had to ask myself if this recognition was real,” noted Planche. “I’m very proud of the honor, and I hope I deserve it. I want to be seen as a guy who’s helping to make asphalt binders perform better and last longer in a more economic and sustainable way. If I’m doing that, then I’m doing my job.”