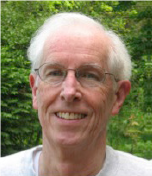 In a career spanning more than 45 years “Frank” Fee has been a pioneer in the development and marketing of PMA binder technologies.

Frank started with a commercial lab that provided mix designs and technical services to the asphalt mix producers and then became a lab manager and later a technical support manager for a number of asphalt binder suppliers. This role involved the designing and execution of numerous lab and field evaluations for new or modified materials. This included working with various contractor and agency personnel to get materials placed and developing research plans and reports.

Frank was a founding organizer of North East Asphalt User/Producer Group
(NEAUPG) and served as its Producer Chairman for over a decade. He has continued to promote modified binders and provide leadership to AAPT, ASTM, TRB, NCHRP & FHWA Mix ETG. His leadership and willingness to mentor others in their work has done much to advance the innovation and technology of modified asphalt and the improvement of our highway infrastructure.

His recent activities include:

AMAP is pleased to recognize his body of work and service to our industry.